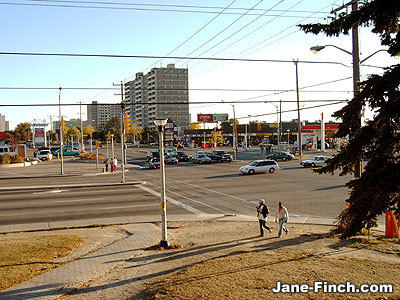 In the late hours of Monday, 11 February, the tragic news of a young child killed by gunshot hit the news with “Jane and Finch” becoming front and centre in headline after headline. As a community mourns, dozens of ‘internet warriors’ have also gathered, but instead of commemorating the life of a young man, they have come together to sling racist vitriol at a community that has suffered tremendously through oppression and marginalization. Even considering the ‘low-level’ of discourse that often characterizes the comment sections of various news outlets, the comments that have followed this tragedy have been especially notable for its violent and vulgar nature – for the sole reason that this is not Rosedale; this is not Forest Hill; this is Jane and Finch, a neighbourhood with one of the highest concentrations of racialized people in the country. All that which would be unacceptable and inappropriate when directed at more wealthy communities suddenly becomes acceptable when directed at the people of Jane and Finch. But it is not enough to simply point fingers at these commenters with suggestions that they are simple minded and uneducated, that would ignore the root issues at hand. We must ask the broader question of what environment fosters such views and how these meanings have become attached to these images.

In a CBC article reposted on yahoo, a commenter wrote, “There are too many idiots who believe populations from the third world will benefit advanced western nations. They still don’t understand that a specific population duplicates the same society everywhere else” and received 15 likes with 1 dislike. Another commenter wrote “Jane & Finch – high concentration of Jamaicans. Need we say more. Jane and Finch area has never been safe since it’s got infested with trousered [sic] apes. That area is Toronto’s little Detroit. Stay away from there” and garnered 4 likes and 0 dislikes. For most racialized people, knowledge that there are individuals holding such despicable ideas, rooted in white supremacist thought, are nothing new; however, it must also be said that these views are proliferating and increasingly seen as a legitimate standpoint. These views have grown more common in the context of decades of anti-immigrant policies and rhetoric from the Canadian state. Are these views presented by commenters really that different from those held by Minister Jason Kenney whose knee-jerk reaction to another tragic shooting was to blame it on “foreign gangsters”, while celebrating the deportation of community members in the guise of ‘law and order’.  Is it really a surprise that people feel open to criminalize and stigmatize entire communities when we have state policies introduced that paint entire groups of asylum seekers as liars even before the step foot in Canada through the Safe Country lists and label those who travelled through hellish conditions for the prospect of a better life as terrorists?

Another commenter suggested, “build a big wall around jane and finch [sic]. letem [sic] go at it,” receiving 14 likes and only 1 dislike. Ironically, we can learn from such comments, as the writer draws a parallel between Palestine and that which goes on in Jane and Finch. In both these cases, the solution to a people struggling to survive in the face of oppression, doing all that they can to resist and to eek out a living, is to build a wall to contain and to segregate. Just as Apartheid policies put in place by the Israeli state are supported by the Canadian state, we have state-sanctioned apartheid in this very city, with the marginalization of Jane and Finch in the psychological landscape of Toronto, as seen through the demonization of the neighbourhood, with the framing of the neighbourhood as an infestation and its residents as vermin.

Race has become space and space has become race. What we see now with Jane and Finch is but a replaying of various chapters in Canadian history – a prominent example being Vancouver’s Chinatown, a neighbourhood born out of legal and de facto segregation, built on uninhabitable marshlands and filled with garbage and a general lack of cleanliness. While blame was assigned to the Chinese residents of Chinatown, with the spreading of ideas of the Chinese as inherently unhygienic and sickly, the real fault lied with the city’s continued refusal to construct sewers and to provide garbage collection services, despite continued petitioning from the community. The understanding of the Chinese as unclean and disease-prone has stuck, with the most visible recent example being the messages of hate directed at the Chinese community when SARs hit. Race has become space – through segregation – and space has become race – through the imbedding of these stereotypes into what it means to be Chinese.

But apartheid has not been limited to the abstract world of narratives and ideas; the residents of Jane and Finch face the material consequences of this continued legacy of colonialism and white supremacy. The poverty and violence, portrayed disdainfully by the media and others, is very real. However, just as blame was incorrectly assigned to the residents of Chinatown, the root cause is not individual character but an economic system that has inequality built in as its foundations and a state that will go beyond all means to reinforce this. We see it everyday, as the unemployed discover that the only work available are dead-end minimum-wage jobs that hardly pay enough to put food on the table – if they are lucky enough to even come across one. We see it everyday, as young racialized men are targeted and herded up by the police, arbitrarily labelled as gang members, beaten or in especially tragic cases, killed. We see it everyday, as residents are turned away from services because of immigration status, and often times, in moments of greatest vulnerability, deported, flung out of the country like an unwanted piece of garbage.

Life in Jane and Finch can indeed be tragic and devastating. However, the community has also shown time and time again, that life in Jane and Finch is also one of resiliency, creativity, and solidarity. We see it with community gatherings, like Freedom Friday, where youth create their own space to give voice to their experiences through dance, music, and art. We see it with direct acts of resistance, with groups like Jane and Finch Action Against Poverty engaging in protests and actions. We see it with the daily acts of mutual aid, as community members push forward hand in hand in the face of injustice and struggle. And last but not least, we see it with the coming together of a community, as it mourns the passing of a loved one, with dignity and a strong belief in human worth.

We share @KGulposh's concern and demand transparency from @Twitter for what appears to be an unwarranted suspension of @StandWKashmir, who have tirelessly advocated for freedom from repression for Kashmiris as well as solidarity with Hongkongers against authoritarianism. https://t.co/jJMwur0Un1

This is a new development I had not heard of, social workers being hired by BIAs to surveil. BIAs have long advocated for greater policing and CCTV cameras in their neighbourhoods.

This is obscene. The BIA getting City money to increase surveillance and harassment of homeless people.
An organization of property and business owners hiring”social workers”to cleanse the streets”. This is vile.