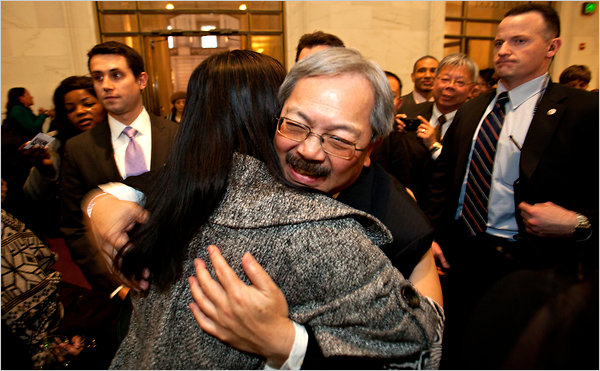 As I have communicated to others time to time,  I have been increasingly wary about campaigns in our community leaning increasingly towards ID politics and electoral politics. Here’s what I posted in response to someone asking about whose interest multiculturalism serves and how it enforces racism:

The interests they serve are those in power: the privileged, the rich. As Bannerji so articulately explains in Dark Side of the Nation (much recommended to anyone interested in this question), Multicultural policies acts as a very effective way to co-opt and deflect social movements, and also to solidify broader power relations and power relations within our communities. What ‘multicultural’ represents is a definition of culture limited to specific essentializing/simplifying notions of art, food etc., the essense of our communities, its politics, its struggles are deflected. So, in response to accusations of racism, the state and racists respond ‘we love your food, we let you decorate your streets in Chinese ornaments, we aren’t racist!’, while in the same token, deporting thousands of our community members, enforcing abject poverty, or maintaining a foreign policy that displaces and brought us to this country in the first place (the day to day racism most of us experience). As well, certain members of the community (the rich, the male) are constructed as representatives of the community by the state, further enforcing power imbalances within our communities. From this, we see the dangers of falling into an identity politics, a politics that is disconnected from struggles of racism, classism, sexism, oppression, and only focused on ‘representation’. We should be wary about political messaging so focused on representation, of having more Chinese journalists, more Chinese politicians .. what difference does it make to have a Chinese politician, instead of a white politician, pushing forward austerity measures, deporting community members, etc. Racism is racism no matter what face does the talking. Having more and more tokens in place shouldn’t be seen as any victory. Let’s instead put our energies into building grassroots autonomous movements in our community. For it’s only through resistance that we can achieve emancipation.

On the struggles of women footballers in Colombia

How bad women’s football is treated in South America isn’t a secret for anyone, today i’m doing this thread in order to inform people about everything 🇨🇴 Colombia’s WNT have been through since 2015:
Likes and RTs are appreciated.

Crucial intervention by @Itmechr3 on Chinese complicity in US imperialism since the 70s, from support of Pakistan's genocide in Bangladesh to loans to Pinochet to invasion of Vietnam. "Imperialism in its modern form is a product of capitalism ... a world system"

The CCP picked the side of capital in the Cold War, doomed the international communist movement in the process, and continues to fund American imperialism to this day. https://t.co/vDVfwNP7db

And it gets worse and worse... after providing 'hope and prayers' to those with jobs outside the lockdown zone by pleading but not requiring employers to pay wages, the gov't provides ham to quarantined Muslims...

Jordan today. and honestly handing out canned chopped ham to muslims living in the lockdown area was really WTF